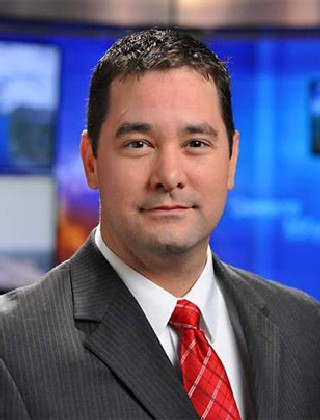 Originally from Illinois, Patrick graduated from Western Illinois University in 1993 with a degree in Meteorology & Physical Geography. He worked at television stations in Texas, Indiana, and Nebraska before coming to Green Bay in 2004. Patrick earned the honor of "Best Weather Cast" for the state of Nebraska from the Associated Press for 2003. Since coming to FOX 11 he has earned the honor of "Best Weather Coverage" from the Northwest Broadcast News Association in 2005, and "Best Weathercast" from the Wisconsin Associated Press in 2007.

Specializing in mesoscale meteorology (severe weather), Patrick also chased tornadoes from 1992-2004. For three of those years he was sub-contracted by an engineering firm and the Department of Commerce to chase tornadoes and deploy instruments ahead of tornadic thunderstorms. He estimates that he has personally seen at least twenty tornadoes over the years, including four tornadoes in two hours in 1999. Patrick also chased the storm that produced the largest hail on record in the United States.

Patrick is not only a full member of the American Meteorological Society but he served on the Board of Broadcast Meteorology for the AMS. In 2006 he upgraded his old AMS Seal of Approval to the new Certified Broadcast Meteorologist Seal of Approval. This new Seal tries to uphold the scientific standards for meteorologists on television. It requires a B.S. in Meteorology, continuing education, and passing a rigorous test. Patrick is also on the committee the reviews this test for the AMS.

Patrick, his son Carter, and their dog Aspen live in Hobart. He enjoys being outside, camping, football, and water sports. He also uses his chemistry background by making his own wine.